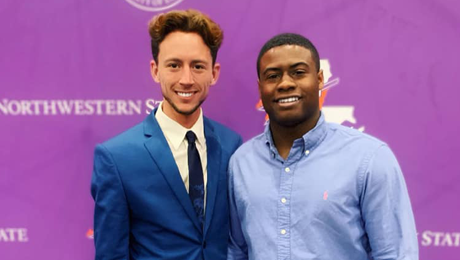 Campbell was elected as a senator in the April 9th student body elections, while Guidry was appointed to the NSU student Supreme Court. Both will begin serving with the organization immediately.

According to its website, the SGA exists to promote the welfare of the Student Body of Northwestern State University by communicating with the administration both their academic and extracurricular needs, serving as a liaison between the Student Body and the Administration, and recommending any desirable change concerning any aspect of student life.

They join a long tradition of Pi Kappa Phi involvement in student government at NSU, including 12 past student body presidents.