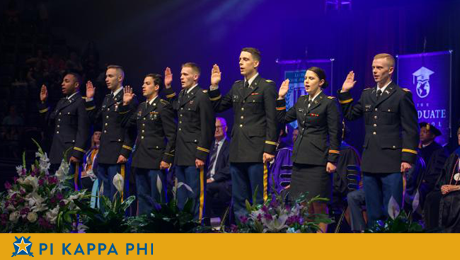 An alumnus of the Beta Omicron Chapter of Pi Kappa Phi Fraternity was recently commissioned as a second lieutenant in the U.S. Army.

LTG Joseph M. Cosumano Jr., a member of NSU’s 1968 Golden Jubilee class, administered the oath of office during a ceremony prior to the public oath that took place during afternoon commencement.

Later in the day, Ellis graduated with a Bachelor of Arts degree.