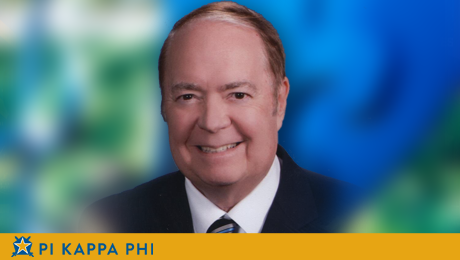 L.C. was born in Shreveport, LA, son of L.C., Sr. and Elna Cathey. He retired as a Lieutenant Colonel from the U.S. Army and from Haverty’s Furniture.

Cathey, 80, was a devout Christian all of his life and spent his life serving God. The years he spent in military service were of utmost importance to him. He also enjoyed success in business ownership and sales. He saw retirement years as another opportunity to serve others and gave generously of his time and talents to his beloved church and community. Larkin’s stories of past accomplishments and lessons enriched the lives of those who knew him. His greatest desire was to set an example for his family and friends and to teach others how to lead by example. He continually gave God the glory for all of his successes in life.

His love for work began as a young, five-year-old boy in his parent’s furniture store. This love continued to drive his work ethic throughout his life. In college, he enjoyed success in academics, played the trumpet in NSU’s band, and received various awards including the title of Mr Northwestern in 1960. During this period of his life, his love for flying was accelerated when he became a pilot with his own plane.

A celebration of his life will be held at University Church of Christ, 2045 E 70th St, Shreveport, LA 71105 at 11 a.m. on Thursday, January 23, 2020. Stuart Freeman and Jerry Dean will officiate. Visitation will be from 10 a.m. at University Church of Christ until the time of service at 11 a.m. Burial will be at Forest Park Cemetery on St. Vincent Ave. in Shreveport, LA.