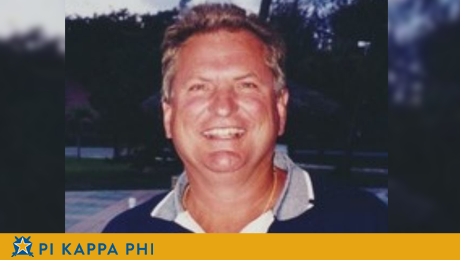 Widely known business and community leader, Steve Wiggins, died peacefully and surrounded by family in his Natchitoches home Friday after a lengthy illness. He was 71.

Visitation is scheduled for Thursday, February 27, from 3:30-5:30 p.m. at Blanchard St. Denis Funeral Home in Natchitoches. There will be an Air Force Honor Guard presentation for the family prior to the visitation, and private services will be scheduled at a later date.

Charles Stephen Wiggins was born May 14, 1948, at Fort Sam Houston, San Antonio, Texas. In 1953, his widowed mother moved to Shreveport, Louisiana with him and his younger brother. He attended St. Theresa’s Grade School and Church where he made many life-long friends. He started high school at Jesuit High School, where he played defensive cornerback on the football team and was one of only three sophomores to letter. In 1964, his family moved to Seville, Spain, where he completed high school at Sevilla American Dependent High School. He attended Louisiana State University in Baton Rouge and later received a degree in electronics at Northwestern State in Natchitoches, where he was a member of Pi Kappa Phi fraternity.

Upon graduation, he attended Officer Training School at Lackland Air Force Base. As a commissioned second lieutenant, Steve was then assigned to Reese Air Force Base in Lubbock, Texas for pilot training, which he completed and was awarded his Silver Wings in 1972. He served in the U.S. Air Force as an aircraft pilot of C-141 transporters until 1975.

Following his military service, Steve joined Miller Brewing Company in Shreveport and later became a partner in Natchitoches Beverage, the distributor for Miller Beer and other products. With his gregarious personality and countless friends and associates in every realm of society, Steve was an enthusiastic and productive ambassador for Natchitoches Beverage and, as he liked to a say, a walking billboard for the company’s signature brand Miller Lite. This partnership and his love of the community enabled him to generously support the athletic programs and other activities at Northwestern and local schools, civic organizations and numerous events and projects that supported the city and region. Steve and friends initiated football tailgating activities at Northwestern. He was also an avid supporter of the Lady Demon basketball team. He was a long time member of the Mystic Krewe de St. Denis, the city’s first Mardi Gras krewe and was active in Ducks Unlimited.

Steve lived for years on his beloved Cane River Lake and started the popular Dam Run in the 1980’s, where boaters would make the run from his boathouse to the dam on the south end of the lake in celebration of July 4th, followed by the Bloody Mary Run the following morning to the North dam. He was long recognized as the “unofficial captain” of the rollicking event.

From water skiing and barge rides on the Cane, bass fishing at Toledo Bend, cooking for crowds and family get-togethers, defying gravity in his ultra-light aircraft (surviving multiple crash landings), playing in fund-raising golf tournaments, making friends and having fun all along the way, Steve lived life to the fullest.

He was preceded in death by his parents, Lloyd Clayton Wiggins and Juanita Bordelon Moberley.

In lieu of flowers, the family requests that donations be made to the Northwestern State Athletic Department through the Demons Unlimited Foundation in Steve’s memory.

The family would like to thank the staff at The Hospice of Natchitoches for their kindness, care and support, especially Marie, Haley, and Dorcus. To all of his friends and family that came to visit and express their love and support, we are eternally grateful. He was truly blessed to have you in his life!